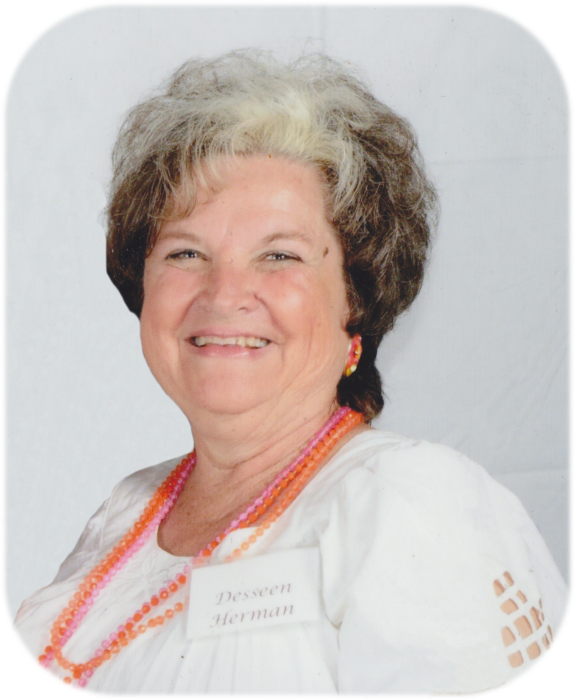 Desseen was born September 8, 1948, in Bentonville, AR, to Frank Richard and Dessie Doreen (McCutcheon) Baumgarten. She passed away September 12, 2021, in Tulsa, OK.

Desseen was a secretary for Shell Oil Co., a paraprofessional for Sperry Public Schools, and a day care aide at First Baptist Church in Tulsa. She was a farmer’s housewife and helped raise farm animals. She also owned Dee’s Gifts and More. She enjoyed gardening, tending to the flower beds, and making gift baskets with homemade goodies to give to the community members. Desseen was also known to decorate her gate for all seasons and for all of the holidays.

She was preceded in death by her husband, Dennis Herman; infant daughter, Audrea Herman, parents, Frank and Dessie Baumgarten; and sister-in-law, Carolyn Herman.

Click to download / open
To order memorial trees or send flowers to the family in memory of Desseen Herman, please visit our flower store.