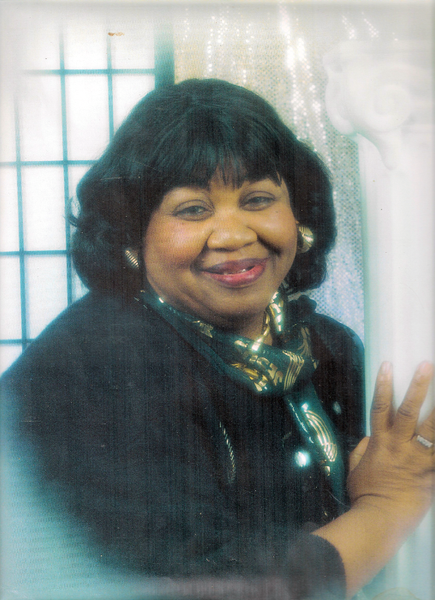 I was born November 29, 1941 in Muskogee, OK to my mother, Corinne McCain, who was married to my father, George Adams. I grew up and went to school in Muskogee and my mother had other children, George Adams, Shirley Adams, and Carl Adams. Carl was the oldest. I was the baby girl. Then my mother later married and had another child, my sister, Annette Lewis, and later had two more children for Johnny Young; my sister and brother, Antoinette Young and Anthony Young. There were three brothers and three sisters in my family. “ – Mom D. Phillips.


These are among some of the notes left to the family by Delores Ann Phillips. Delores was called home to rest with her recently departed husband, Miller C. Phillips, of 58 years on May 20, 2017. She was 75 years old.  Delores found her loving husband, had children, and resided them in Tulsa, OK. Delores and Miller shared four beautiful children together. Delores was a hard worker as she and Miller took care of their children, grandchildren and Delores’ sister and brother; raising them as their own. She worked for the historically known church on Greenwood, Vernon Chapel AME and worked as a cook. She also worked at Job Corp for many years where she worked in different positions, including the facility’s Residential Advisor. Delores was preceded in death by her mother and father; her husband, Miller C. Phillips; her daughter, Yolanda Bryant Wallace; son-in-law, Rickie Wallace; her son, Eric Phillips; her sister, Shirley Adams; and her sister-in-law, Alice Davis. She leaves her legacy to cherish her memory to her sisters, Antoinette Young, and Annett Lewis; sisters-in-law, Sharon Smith (Edward); her brother Anthony Young (Shay); daughter, Denise Phillips (John); and sons, Earl Phillips, Robert Phillips (Deanna) and Michael Phillips (April). She also leaves a host of grandchildren, great-grandchildren, great-great grandchildren, nieces, nephews, cousins, in laws, other family and friends that she loved dearly.

To order memorial trees or send flowers to the family in memory of Delores Ann Phillips, please visit our flower store.