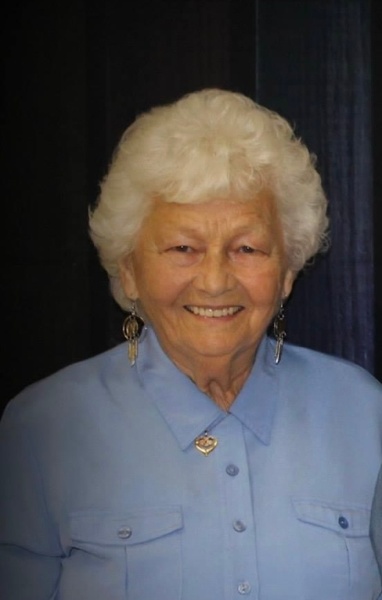 Jean attended Sperry Schools and graduated in 1950 and was a Valedictorian of her graduating class. She played basketball for Sperry and was also a member of the Sperry Chapter of the National Honor Society from 1946-1948. Jean married Lloyd Lee Miller, Sr. on May 20, 1950. She later attended Tulsa Junior College, making the President’s Honor Roll in the Fall of 1988. Jean was a member of the Community of Christ Church in Sperry and was baptized on February 13, 1955. Jean was an Administrative Assistant for Foland Insurance Group, and for Osage County District 2 for 8 years, from which she retired in 1993. She was a member of the County Officers and Deputies Association from 1987-1988 and was also a member of the Silver Sandites Senior Citizens group. Jean enjoyed painting and genealogy research and loved going to lunch with her “Lunch Bunch”, Betty Prentice and Opal Hayman. Jean was known for her famous pies; they were simply amazing and one of the absolute best around.

Click to download / open
To order memorial trees or send flowers to the family in memory of Delores Jean Miller, please visit our flower store.