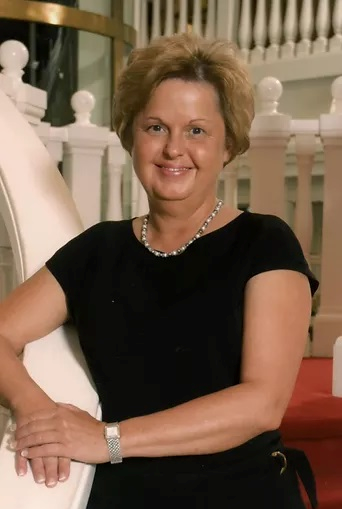 The family respectfully requests that no flowers be sent.

Please see the link below for memorial donations in Deborah's name.

Deborah Kay Covington went to be with the Lord on March 29, 2022.  Debbie was born on November 16, 1954 at 1:12 a.m. at St. Mary Hospital in Scottsbluff, Nebraska to the late Helen Jo (Crawley) and Arthur Samuel Morgan.  She graduated from Christian Day School in Duncan, Oklahoma in 1973, receiving perfect attendance awards.  Her first job was working at a firework stand for a nickel, which she frequently spent on a coke and a candy bar. ​

Debbie absolutely liked playing dress up with Monica and would not let her go to her grandmother’s house unless her hair was perfectly curled.  Debbie and her mother enjoyed creating elaborate dresses for Monica and her cousins based on the designer ones they saw in stores. ​

The family eventually settled in Sand Springs, and Debbie enrolled at Central Tech in the Nurse Assistant’s program, where she was at the top of her class and earned many honors.  She then worked for various medical facilities while she and Mike raised their two children. ​

Debbie was an uncompromising, diligent woman of God and follower of Christ.  She was an active member of the senior adult Sunday school class at Friendship Baptist Church in Owasso.  She also attended Devotion Church in Sand Springs and was an advocate and supporter of Joyce Johnson Ministries. Debbie was a loving and natural caregiver, always willing to lend a hand and show support and kindness through prayers and good work.

Debbie insisted on making all food from scratch, and even made a separate dish for each family member based on their request.  Debbie loved babies, chocolate, and power walking with her dogs and friends.  She preferred to drive red vehicles in honor of her mother, who loved red. ​

Debbie is survived by her husband and children; her siblings, Pastor Billy Morgan and wife, Vici-Beth Morgan; Linda (JB) Massey and Vicky (Gary) Lovett; her pomeranian Ginger, her grand dogs Sansa and Dobby; and many nieces, nephews, great-nieces and nephews, and close friends. Debbie and Mike would have celebrated their 40th wedding anniversary this year. ​

To order memorial trees or send flowers to the family in memory of Deborah Kay Covington, please visit our flower store.