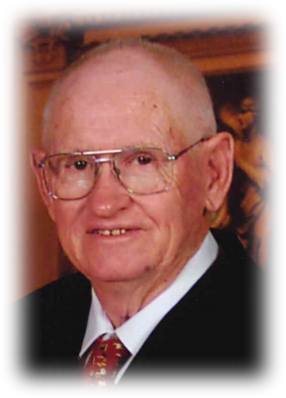 At the age of thirteen, Wayne and his family moved to Mannford. He graduated from Mannford High School and later attended Oklahoma A&M. Upon leaving college he was hired by Westinghouse in Kansas City. During the Thanksgiving holiday of 1953, Wayne left Kansas City to come home for a short visit. It was during this visit that he was set up on a blind date and met the love of his life, Betty Jean Archer. After a short courtship, Wayne proposed to Betty on Christmas. They were married on May 29, 1954. Wayne and Betty had the blessing of celebrating their 66th wedding anniversary this past May. Early in their marriage, the young couple made their home in California so Wayne could chase his dream of becoming a photographer. In 1958 Wayne, Betty, and their infant son, Stephen moved to Skiatook, OK where they were entrepreneurs and started their own business. Wayne was also employed at American Airlines as a tool maker for seventeen years. He continued to work hard throughout his life.

Wayne was a faithful Christian who attended the Skiatook Church of Christ and served as Deacon and later had the honor of serving the lord as an Elder. Wayne had many passions and enjoyments. He had a love for travel, photography, cryptograms, crossword puzzles, and the occasional brainteaser. His many enjoyments included fishing, Pitch, restoring his Model-A, road trips in the camper and fixing anything he could get his hands on. He cherished his grandchildren and great grandchildren, and they cherished his famous chili. He found great delight in afternoon naps, comedies and westerns, football games, and cookies…any kind of cookie. Wayne instilled in his family the importance of hard work, honesty, faith, family, and the joys of life. He will be missed.

He was welcomed into Heaven by those who preceded him; infant daughter, Margaret Barton; his mother and father; one sister, Louise Crain; brothers-in-law, James Coyle, and Gerald Crain; and one sister-in-law, Ruth Archer. They are rejoicing in his presence today.

To order memorial trees or send flowers to the family in memory of D. Wayne Barton, please visit our flower store.