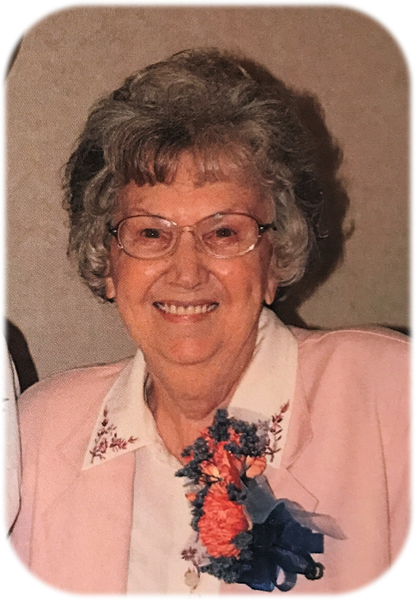 Colleen married Bill December 12, 1945 in Fort Smith, AR and lived together for 73 years. They lived in several states before settling in Tulsa and starting a family. Colleen was a member of the Church of Christ in Sperry for many years and enjoyed teaching the Sunday School class. She worked for Douglas Aircraft during WWII and was a part time gift wrapper for Miss Jackson’s. Colleen enjoyed raising her son and watching her grandchildren play. She loved spending time with all of her family and friends. Colleen enjoyed making quilts in her spare time, and watching Keith and Bill Rope calves and attend rodeos. Colleen also enjoyed being a Den Mother for the Cub Scouts.

Click to download / open
To order memorial trees or send flowers to the family in memory of Colleen Parker, please visit our flower store.