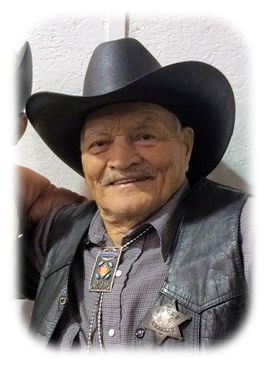 Charles Franklin Hicks was born August 19, 1931 in Wagoner, Oklahoma to James Amos Hicks and Frankie Pearl Johnston Hicks. He graduated from Wagoner High School in 1950 and began working as an auto mechanic at Pop's Garage in Wagoner, OK until joining the National Guard, 45th Infantry Division, on September 1, 1950. He attended Leaders Course at Camp Chaffee, AR in December 1950 to January, 1951 where he excelled, receiving recognition for his marksmanship. He was called by the U.S. Army and deployed to Korea in December 1951, with the 279th Infantry, L Company, where he spent the next 6 months proudly serving his Country, receiving an Honorable discharge in June 1952 with the rank of Corporal.

Fate would have it that he accepted an offer to move to Skiatook, OK to board with a family friend where he found work at the Southwestern Bell Telephone Co. There, he met the "love of his life", Frankie Emi-Lee Proffitt. Swept off of her feet, she said "yes" to his proposal and they were married on November 1, 1952. They had three children, Frances "June," Barbara Sue, and Ronald Charles.

Archery was a favorite family sport. He was several times over the Oklahoma State Champion. Only one person shot truer than Charlie at the National level both times he competed. After attending Spartan School of Aeronautics, he was employed at Douglas Aircraft, but found a more stable profession as an Insurance Salesman. He excelled as a Staff Manager, achieving numerous awards and trips, both local and abroad, dedicating 23 years until his retirement at age 55. Leaving Oklahoma and moving to California was a dream he fulfilled, making friends along the way.

Fate or providence touched his path, leading him to his beloved Oatman, AZ, where he lived for 30+ years, gaining the nickname "Uncle Charlie." It was here that he was known as the person friends would go to for prayer, counseling when a loved one passed, and someone who could deliver the most blessed prayer at mealtime. Becoming an Ordained Minister seemed logical, and it allowed him to be the "marrying and burying'' preacher of Oatman. He called himself a "carpetrician". He could fix anything, so it seemed, and offered to help many a neighbor accepting a "good hot meal" in return.·He was in his early 60's when he attended Mohave Valley Community College learning silversmith, earning an "A" of which he was extremely proud.

Becoming an Oatman Gunfighter was a passion he enjoyed, which allowed him to help others. However, he was the one "richer" for the good deeds done. Maybe his deepest passion has been his quest to reclaim "Christianity" to the White House. In the years to come, he was blessed with 3 grandchildren and 4 great grandchildren, which he referred to as "the great ones." He was always proud of his family and was known for his statement, "Daddy loves his family."
When he was unable to live alone, he got to come back to Oklahoma and be by his family, residing in the Claremore Veterans Center. While there, he would help the other veterans when the need would arise, pushing them in wheelchairs or encouraging them any way he could. Playing bingo was a favorite pastime, and he loved walking around the pond with his walker and occasionally catching some fish. Because he loved to interact with people, he volunteered to speak to the news team on Veterans Day, proudly sharing his humor and enthusiasm. That enthusiasm and his presence will be missed by the staff that loved him and cared for him.

Charles passed from this earth to meet his Heavenly Father on Christmas Eve, December 24, 2015.


Loved ones who passed before him include: son, Ron Hicks, brothers: J.C. Hicks, Bill Hicks, and Ken Hicks.

In lieu of flowers, please consider a memorial contribution to the Patriotic Flag Fund at Collinsville Baptist Tabernacle, the Disabled American Veterans Chapter #44, or the Little Light House in honor of Paige Marie Flanary.

To order memorial trees or send flowers to the family in memory of Charles Franklin Hicks, please visit our flower store.