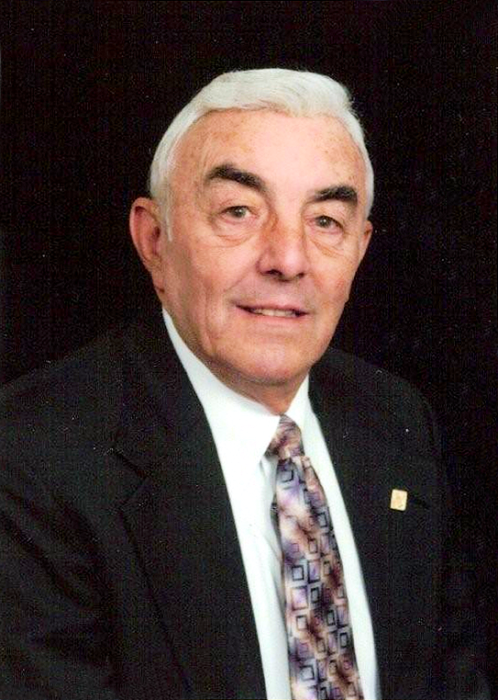 Memorial services for Charles E. Cagle, 77, of El Reno, were held Saturday, May 2, 2015 at Johnson Funeral Chapel in Sperry, OK. Phillip Johnson officiated and burial was in Fairview Cemetery in Talala, OK.

Charles’ newspaper career began in the middle of an ice storm on December 24, 1947, when The Harrison Arkansas Daily Times gave him a 35-person route. During the time he was there, he worked in just about every department. Charles also served for four years in the U.S. Air Force.

In 1975, Bill Retherford, owner of Retherford publications, hired him as an ad sales rep for Neighbor Newspapers. Charles eventually became General Manager after serving as Advertising Manager/Director. He worked 32 years for Neighbor Newspapers. Following the death of Mr. Retherford, Charles relocated to the Oklahoma City area to work for the Roger Pugh, owner of Hometown News-Surry Gazette in Piedmont. He married Sandra Sue (Lewis) Cagle March 14, 1986, in Tulsa. In June 2010, Steve Eldridge, owner of Metro Publishing (Senior News & Living), offered him a position as Senior Director of Advertising in the Metro area. Charles dedicated over 60 years to mastering the craft of newspaper.

He is survived by his wife, Sandra; five children, Charles Randle Cagle of Tulsa, Susan Annette Smith and husband Luke of Drumright, Carla Joan Traupman and husband Mike of Tulsa, James Edward Cagle and wife Jennifer of Garland, TX, and Donald Bradley Cagle and wife Stephanie of Tulsa; three stepchildren, Heather Lee Haws and husband Eric of Broken Arrow, Billy Wayne Hobbs III and wife Tambi of Collinsville, and Sam Ralph May and wife Debbie of Glenpool; 17 grandchildren; 13 great-grandchildren; and many other relatives and friends.

He was preceded in death by one daughter, Vickie Carol Kevan.

Click to download / open
To order memorial trees or send flowers to the family in memory of Charles E. Cagle, please visit our flower store.