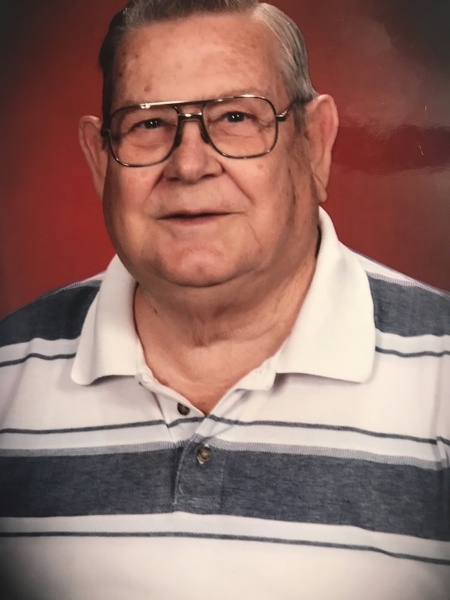 Charles worked for Hesselbien Tire Co. for over 30 years and retired as a General Manager. He was a member of the Lakeside Southern Baptist Church and was a servant for the Lord, helping anyone that needed help. Charles made sure that his kids, grandkids and great-grandkids went to church as well. He loved to go fishing, camping, and spending time with his grandkids.

He is survived by his wife, Mildred Barnes of the home; sons, Joseph Baker and wife Angela, and Jerry Baker; 16 grandchildren; 24 great-grandchildren; and many other relatives and friends.

He was preceded in death by his daughter, Ina Sanchez; son, Charles Henry Baker, Jr.; and parents, Joe and Nora Baker.

Click to download / open
To order memorial trees or send flowers to the family in memory of Charles Henry Baker, Sr., please visit our flower store.