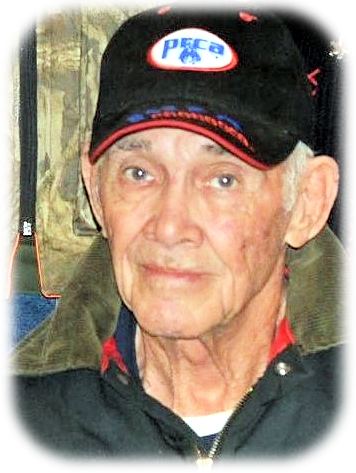 Bobby worked at Ozark Mahoning and John Deer Fertilizer when he was younger and finished his working career at Yuba Heat in Tulsa, when he was forced to retire early due to medical problems. He served faithfully in the Infantry Calvary of the United States Army where he received the Marksman Rifle Badge. He also served in the National Guard. Bobby attended the United Pentecostal Church of Sperry with his family. He enjoyed deer hunting, fishing, playing cards and dominoes, and gardening. His wife, children, grandchildren, and great-grandchildren were his entire world. He was the true meaning of love, loyalty, and compassion. Bobby had many accomplishments that he was proud of but none greater than his children, who he taught by example to have integrity, loyalty, honor, and love. He loved to tell stories about himself as a child growing up watching his parents play cards every weekend. He was never allowed to play but watched each player like a hawk. That is how he learned his masterful skills at not only beating his kids and grandkids at cards and dominoes but knowing exactly what each player was going to play before they played it. Bobby took great pride in beating anyone that challenged him, especially his kids. He also loved to fish and to take his kids fishing when they were little and then his grandkids when they came along. There was many a night spent on the railroad tracks catching frogs with his young grandsons and using them to catch monster catfish. There was many lessons Bobby wanted to teach his kids, the most important things being where to dig for the biggest, fattest earth worms, how to carefully pull the catalpa worms off of the leaves without them spitting tobacco juice on you, how to catch the perfect size leopard frog, what size of pole to use and which rocks to sit on below Oologah Dam to catch the biggest fish. He was so ornery that everyone that met him loved him. Bobby loved to laugh, loved to play, and loved knowing that he was deeply and truly loved by so many.

He is survived by his wife, Beverly Stephens of Skiatook; daughters, Debbie Ficklin and partner, Ken Collins of Claremore; daughter, Beth Abbott and husband, Richard Abbott of Sperry; son, Steve Stephens and wife, Kim Stephens of Skiatook; daughter, Sandy Vent and husband, Johnathon of Sperry; grandchildren, Carrie Webb of Skiatook, Ed and Whitney Ficklin of Skiatook, Chris and Lindsay Bryan of Skiatook, Brandon and Ashley Bryan of Cameron, Bobby Bryan of Claremore, Lindsey and John Sullender of Skiatook, Tyler and Makyla Vent of Sperry, Trevor Vent of Sperry, and Loren and Alex Magana of Glenpool; several great-grandchildren; brother, Leon Stephens and wife, Shirley Stephens; several nieces and nephews; and many other relatives and friends.

To order memorial trees or send flowers to the family in memory of Bobby Dale Stephens, please visit our flower store.