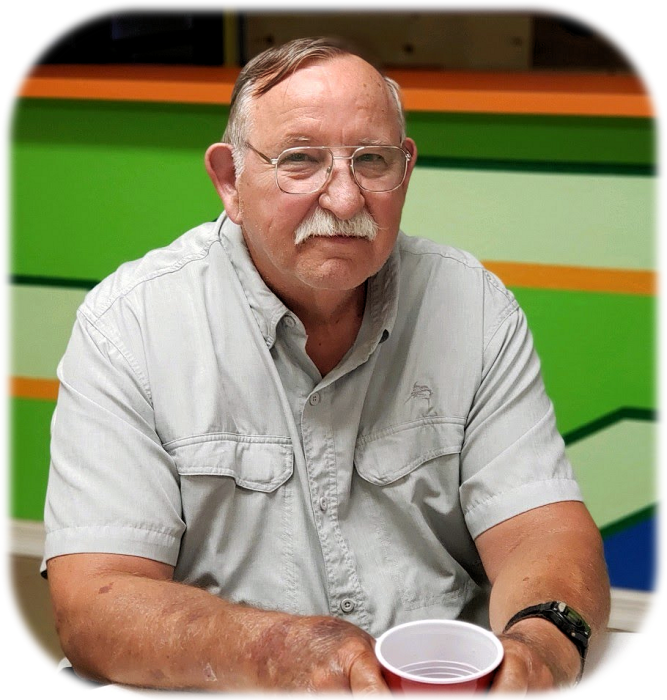 Bill was the eldest child of Emmett and Virginia. He married the love of his life, Donna Marie Mitchell on July 12, 1969. Bill was an E-7 Platoon Sergeant in the Army National Guard where he served eight years.  Having spent one year teaching high school biology, chemistry and physics in Coffeyville, KS, Bill dedicated the rest of his career in the foundry industry starting as a yard hand in high school and retiring as the Foundry Superintendent.  While he was a quiet man, he could talk an ear off about the inner workings of steel castings and anything related to the foundry industry.

Bill was forever faithful to his wife and family.  He worked hard all his life and was a good provider.  In his younger days, he was an avid outdoorsman specializing in fishing, camping, and canoeing.  Some of our fondest memories are of camping at Flint Ridge and floating down the Illinois River.  It seemed that Bill’s resourcefulness was endless as he built the campfire, set up the tent, cleaned the fish, navigated the white capped waters in a canoe with two kids and wife and never tipped over.  Ever.

Bill’s love for classical music was heard many Saturday mornings.  The 8-track would play William Tell Overture while Bill whistled to the tune and performed household chores.  Bill was quick witted and was always ready with endless amount of pun jokes especially when with special friends like Sam Baugh.  Bill was also known for his vast amount of knowledge and was affectionately referred to as a walking encyclopedia.  His knowledge of the bible also earned him the name of “Third Kings”.

He was preceded in death by his parents, Emmett and Virginia King; and brother, David Emmett King.

Click to download / open
To order memorial trees or send flowers to the family in memory of Bill Oliver King, please visit our flower store.