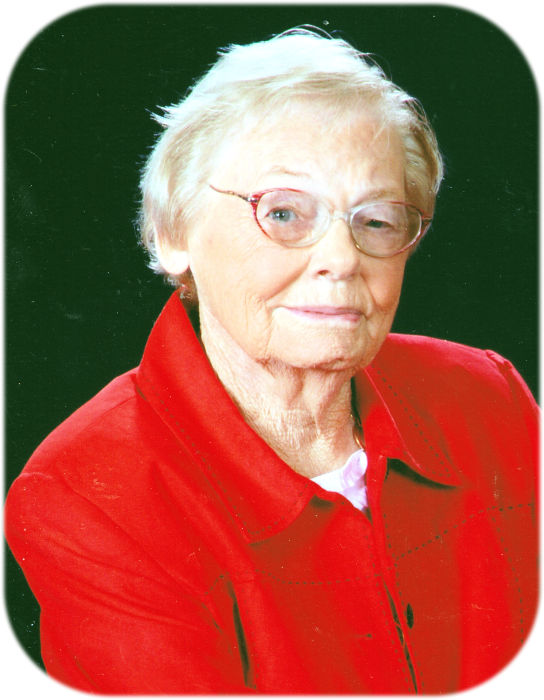 Betty was adopted when she was three months old to Albert and Della (Close) Semler. She had a brother, Frank and sister, Joan. As a child growing up, she lived in Ponca City, OK and Mountain View, MO where she met Bill. Not long after meeting him, they eloped to Olathe, KS and got married on July 15, 1944. They celebrated their 69th wedding anniversary in July 2013. Bill passed away in September 2013.

Betty was saved at the age of 20. She taught Sunday school in various churches until 2005 when she was no longer able to teach. Her favorite verse was Proverbs 3:5-6. “Trust in the Lord with all your heart, and lean not on your own understanding; in all your ways acknowledge Him, and He shall direct your paths.”

Betty enjoyed fishing, camping and traveling and painting. She worked at Spartan School of Aeronautics in Tulsa for 14 years. She was named “Bookstore Betty” by the students there. In 1983, she was awarded the Employee of the Year. After she retired from Spartan, they moved to Grand Lake to enjoy their retirement. During that time, they enjoyed traveling the US in their RV with their friends. They lived there before moving to Collinsville.

She was preceded in death by her husband Bill Dubwig; and sister Joan; and parents, Albert and Della Semler.

The family requests that in lieu of flowers, that memorial donations in Betty's memory be made to a charity of your choice.

Your browser does not support this video format. You should be able to view it in Chrome, Safari or Internet Explorer.
To order memorial trees or send flowers to the family in memory of Betty Lou Dubwig, please visit our flower store.