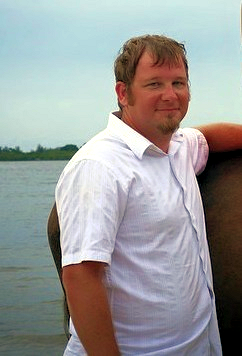 Anthony graduated from Jackson Heights High School in 2000 and continued on to receive his Associates of Science in Nursing from Tulsa Community College in 2011 and was Valedictorian of his nursing class. He was a Registered Nurse for six years and was a Charge Nurse at Select Specialty Hospital in Tulsa. Anthony married Jennifer Garrett on March 2, 2015. Anthony was a member of the Skiatook First Baptist Church. He enjoyed spending time with his wife and kids, going fishing, riding bikes, and playing and building things with his kids. He also enjoyed visiting his parents, brother and sister in Kansas, and playing with his nieces and nephews.

Your browser does not support this video format. You should be able to view it in Chrome, Safari or Internet Explorer.
To order memorial trees or send flowers to the family in memory of Anthony Glen Schmitz, please visit our flower store.