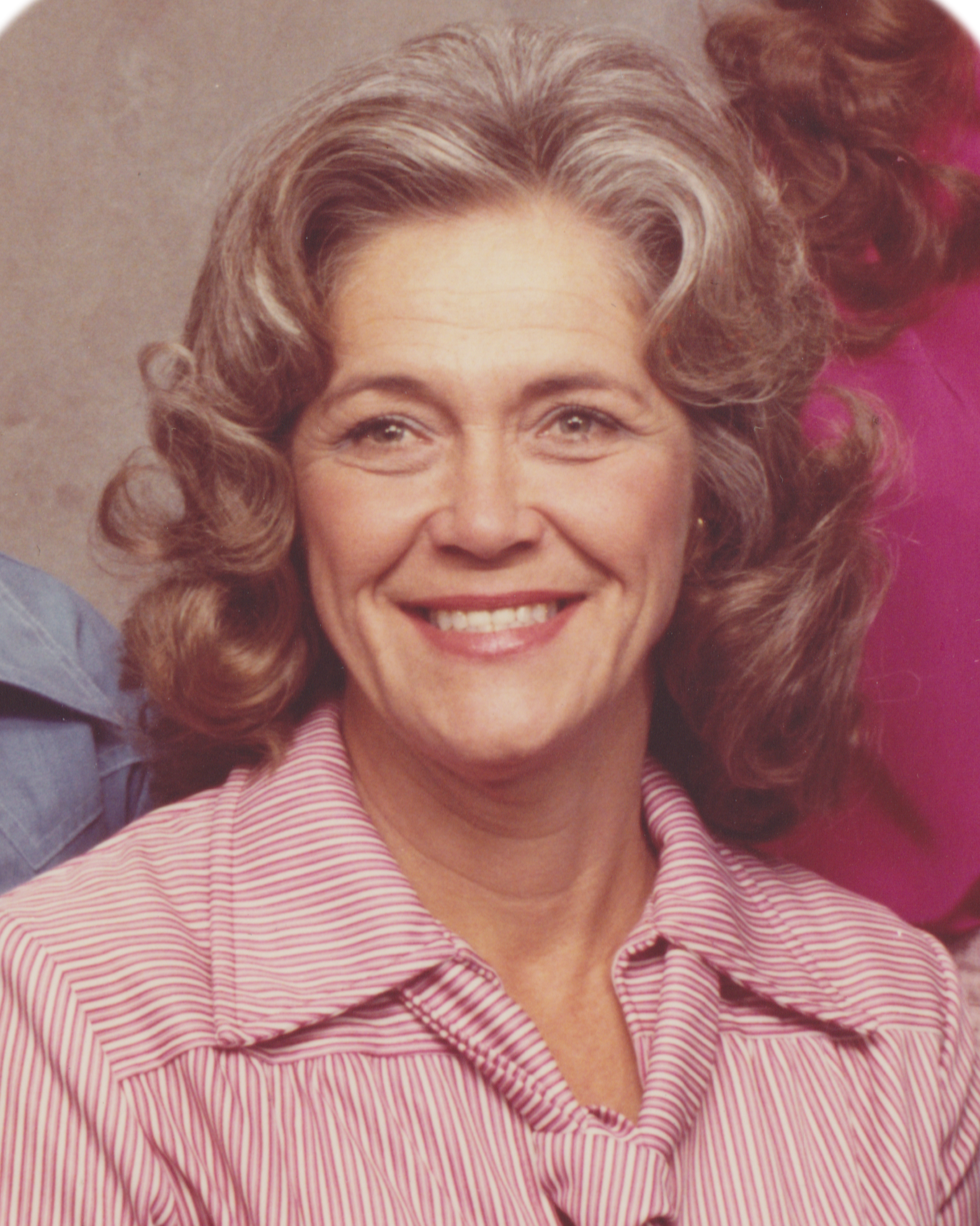 Anna was known among the siblings as the one who “would do all the talking” when they went somewhere, because the other siblings were too shy to talk. She was always outgoing and made friends everywhere she went.  Babies and children were always drawn to her because they could tell how much she loved children.  Anna grew up singing solos and duets at Woodland Baptist Church, which were her fondest memories.  She also played with her siblings and friends, took care of the animals, grew the crops, churned butter, milked cows, cooked, and picked cotton to earn money to help feed the family. Anna grew up during the Depression, and even though times were hard she said their family was very happy and didn’t notice that they didn’t have much, including electricity and running water.  She remembers they would sit around the coal oil lamp and wood stove and listen to their mother tell stories and sing songs and read books. As a teenager, Anna got a job as a waitress at the drug store cafe so she could give money to her family to help buy necessities, such as an electric refrigerator.  Anna met James Smith during her teenage years, and they dated some before he went to Korea.  They corresponded during the 2 years he was there and married when he got out of the service.  They moved to Tulsa, where she worked as an elevator operator at American Airlines in downtown Tulsa.  Anna soon had Sharon Kaye and Loyd Wayne, and she stayed home to take care of them.

Her life centered around taking care of her children. She taught them life skills from gardening to cooking to cleaning to being a good, moral, honest person.  Anna was the best mom, wife, relative, neighbor and friend anyone could ever have.  To this day, everyone who ever met her says they loved her so much.  She was always smiling and cheerful and inquired about how everyone was doing, spreading her love to all who met her.   When her grandsons came along - David, Joshua, and Andrew – Anna and James took care of them as if they were their own children.  She enjoyed time with them playing softball; growing vegetables and flowers in the garden; taking care of the cows, dogs, and chickens; cooking, and going to social activities such as movies, restaurants, window shopping in downtown Tulsa and various other shopping centers and watching them play in the band at the football games. Anna also enjoyed decorating the house, collecting antique figurines, and visiting with her family, friends, and neighbors.

In recent years, her great-grandchildren came along, and she was overjoyed, spreading her love to them. Anna’s greatest joy was spending time with Mark, Lily, Dominic, and Annabel.  She called them “her babies” even now that one is grown, 2 are teenagers and one is a pre-teen.  She even played softball with them often.

Anna was a very hard-working woman, taking care of her own house, cleaning houses for some friends, taking care of her children, helping James remodel an old 1917 house, and taking care of the animals.  She was in an accident in 1972 and the doctor said she would never walk again, to which she said, “I’ll show him!!” and with her determination she was able to walk, and she worked even harder than she had before the accident.  She was a very healthy person until the bad news came nearly 8 months ago that she was terminally ill.  She spent her last few months making new friends at her retirement facility, enjoying her kids, grandkids, and great grandkids as much as possible, and talking about her life growing up and all of the things she wanted us to remember about her. Anna led a full life, and she would say she had the best kids, grandkids, and great grandkids anyone could ever have, and of that she was most proud.  She stayed in touch with her siblings and extended family members and many lifelong friends, enjoying stories of the past and always laughing.

She will be dearly missed in our family, as everyone loved her, and she always lit up every room she walked into.

She was preceded in death by her husband, James Smith; and mother, Suda Dobbs; father, Man Dobbs; sisters, Francis Thomas, and Magdalene Acord; and brothers, Jack Dobbs, and Bill Dobbs.

To order memorial trees or send flowers to the family in memory of Anna Ruth (Dobbs) Smith, please visit our flower store.