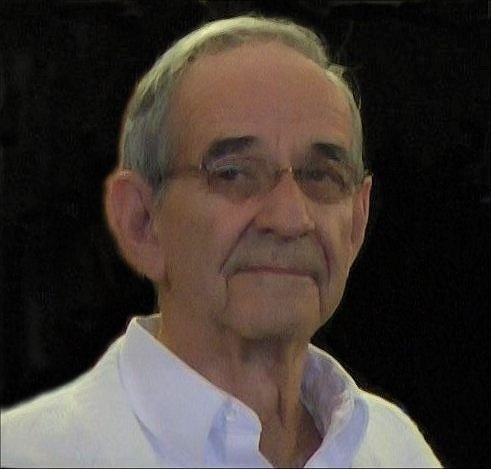 Alvin was born November 25, 1935 in Sperry, OK, to Alvin Carter “Son” Busby and Billie Bernice (Ridener) Grisham. He passed away November 17, 2019 in Tulsa, OK just eight days before his 84th birthday. He was known to family and close friends as “Sonny Man” or just “Sonny”.

Sonny spent many of his early school years as a student at Sperry Public Schools. He also spent an undetermined amount of time in California before returning to Tulsa where he graduated from Will Rogers High School in 1953. Following high school, Sonny attended and graduated from the Draughon School of Business, Tulsa, OK in 1955 with a degree in General Business. His work career took him down many paths. He was a man of many skills and talents. In 1953, as a senior in high school, he joined the United States Naval Reserves and spent 8 years in the Reserves until being honorably discharged in 1961. Upon graduating from college, Sonny worked primarily in the oil and gas industry.  His first place of employment, in 1955, was Lee C. Moore Corporation of Tulsa. He served as the personal assistant to the President of Lee C. Moore and traveled all over the United States while working in that capacity.

Over the course of the next 15 years, he worked for various oil and gas companies in both Oklahoma and Texas. His duties with those companies were varied but primarily involved purchasing and securing and preparing of drilling contracts. In the late 1960’s, Sonny worked for some length of time at American Airlines in Tulsa. He was also CLEET certified and worked as a Security Specialist for Crane Carrier Corporation of Tulsa. Sonny worked for several years for Tulsa Public Schools Maintenance Division as a Certified Heating and Air Conditioning Specialist until his retirement. He was also a very gifted singer and loved to participate in Karaoke, oftentimes with his stepbrother, Paul Henry.  Later in life, he was a regular on Karaoke nights at Sperry’s Chuckwagon Diner.

Sonny never met a stranger and would always go out of his way to extend a compliment. He was also known for his generosity. While he wasn’t a wealthy man, he was willing to share what he had with those who were less fortunate. He frequently organized Bible studies while living at Baptist Village of Owasso for those who were interested. It was not unusual for the study group, however, to consist almost solely of happily smiling women who frequently invited him over for meals or would bring prepared dishes to his apartment.

The last few years of his life were more of a challenge due to his struggles with diabetes and dementia, but it never seemed to alter his ability to cheer those around him and make others feel welcome and cherished.

Left to carry on his legacy are his son, Brian Ray Busby of TX; stepdaughter, Shelley Seabolt of Jenks; several grandchildren; nieces, Joni Bennett of Owasso, and Jami Smith of Bartlesville; nephews, Blaine Grisham of Sand Springs, Carlo Solorzano of Tulsa and Greg Griffey of Tulsa; numerous cousins and many other relatives and friends.

The family would like to express gratitude to the staff at Evergreen Baptist Village in Owasso for the very special care Sonny received during his time there.

Also, a special thank you to Apostle Roger Tracy for conducting the memorial service and to Wendy Johnson for her professional guidance and assistance during this time.

Click to download / open
To order memorial trees or send flowers to the family in memory of Alvin Charles Busby, please visit our flower store.