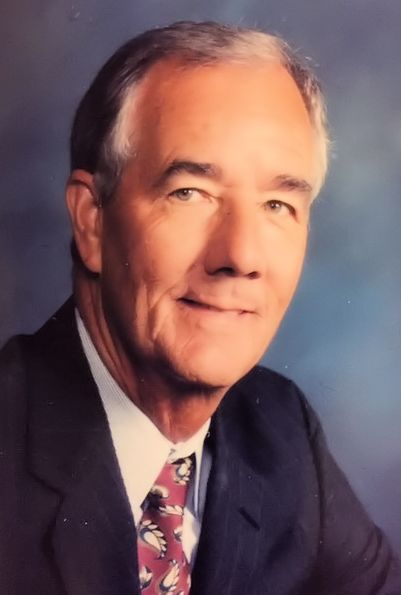 Allan Bailey Holcomb loved life and life loved him back.  Born February 11, 1941 in Tulsa, Oklahoma to Deward and Capitola (Schoonover) Holcomb, he was the sixth of eight children and proud of his Anglo and Cherokee/Creek heritage.

Growing up on the farm in Sperry, he raised prize-winning cattle, sheep and other animals.  He attended Sperry schools where he played football and basketball and made life-long friendships.  He joined the U. S. Army National Guard during his senior year and went on to attend Oklahoma State University and The University of Tulsa, where he studied Chemical Engineering.  In addition to starting an oil production company in 1980 with his brother Pat, Allan's career led him to create and develop several successful manufacturing businesses, which were sold to Chart Industries in 2009 upon his retirement.

He enjoyed pheasant hunting trips with his dad and brothers in Kansas, as well as fishing trips in Oklahoma and Mexico.  As a passionate fan of thoroughbred horse racing, he traveled across the country as a member of the Remington Thoroughbred Club.

In his later years, Allan could usually be found on the golf course where he was a long time member of Tulsa Country Club.  A golf holiday traveling throughout England, Scotland and Ireland with son, James, was a highlight of his life.

In 2002, Allan was recognized as Outstanding Alumnus from the Class of 1960, and was honored to ride in the Sperry Homecoming Event parade, speaking at the dinner in that capacity.  He gave to many charities close to his heart, and also established an annual scholarship at the school to help perpetuate excellence at his alma mater.

Family and friends remember him for his love and generosity, strong character, sense of humor and loyalty.

He is survived by his adoring wife of 49 years, Diane; daughters, Laurie and Terry, and her husband, Guy; son, James; grandson, Brandon; brothers, Curtis and Pat; sisters, Nan and Karen; and many other relatives and friends.

He was preceded in death by his parents and brothers Calvin, Tom and Milfred.

Allan gently passed away at Montereau Retirement Community on June 19th, 2015, at the age of 74.  His family is grateful to all his wonderful caregivers, especially to his longtime physician, Dr. Brent Dennis.  His life will be celebrated at Community of Christ Church in Sperry on

Tuesday, June 23 at 2:00 PM, followed by a light meal.  Interment will be at Rest Haven Cemetery, Sperry.

In lieu of flowers, the family asks that donations be made to the Alzheimer’s Association.

Click to download / open
To order memorial trees or send flowers to the family in memory of Allan Bailey Holcomb, please visit our flower store.